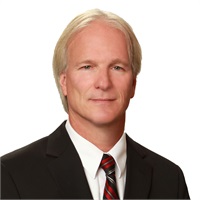 Terry W. Curnes is the President of Curnes Financial Group (CFG) located in Omaha, Nebraska. He first became affiliated with the business in 1983 when he applied with the then insurance company as a junior assistant to the late partner Donald Sharp. Terry mentored with Don and in a few short years, Terry was directed to head the proposed Investment Department which would work along with the established Insurance and Estate Planning departments as the way of the future. Terry researched several up and coming financial planning firms who were leading the way in the industry. In 1991, Terry recommended and endorsed Financial Network Investment Corporation as the Broker Dealer to work with the Representatives of CFG.

Terry then became one of thirty-nine Regional Directors for Cetera Advisor Networks LLC. Curnes Financial Group now accommodates four outside Branch Offices with over fifty (50) advisory reps in the Midwest region and an additional staff of twelve individuals to accommodate client needs. Terry is responsible for overseeing and helping to educate the Advisory Reps in the Midwest Region on a daily basis. As a Regional Director, Terry’s responsibilities have also included over eight years of service on the Chairman’s Board of Directors for Cetera Advisor Networks LLC. The five elected individuals on the Chairman’s Board are instrumental in setting corporate policies and providing insight for the future direction of the company as it endeavors to work with all of the Regions in the US.

In addition to his many Regional Director responsibilities, Terry maintains his own personal Financial Planning practice and enjoys the task of working with individuals to set goals for attaining their future plans. He works mostly with individual referrals, physicians, small business owners, and corporate retirees. He takes personal pride in getting to know and working with each client on an individual basis and is known for his honest and sincere approach to serving their needs above all else.

Terry served his country when he was just a recent high school graduate by enlisting in the United States Air Force. Following his term in the service, he received his Bachelors degree in Business with an Emphasis in Finance and graduated Summa Cum Laude within his class at the University of Nebraska in Omaha. Terry has earned the Chartered Financial Consultant (ChFC) designation and is a Investment Adviser Representative. He is also a member of the Greater Omaha Chamber of Commerce, the National Association of Insurance and Finance Advisors (NAIFA), and the American Association of CLU’s. He is a past Board Member of the Omaha Financial Planning Association. Within Financial Network, Terry has been honored to be a member of the elite Premier Client Division and a member of the Chairman’s Club, which is reserved for those individuals who attain a high volume of personal concessions. In addition, Terry is listed as one of Financial Network Investment Corporations Top Twenty Representatives of the Year for years 2008 and 2009. His personal business achievements are only surpassed by his dedication to his family and his business associates.

On a personal basis, Terry married his high school sweetheart, Mary, over 30 years ago. Mary works beside Terry in the office as the Office Manager and Client Liaison. The Curnes reside in Elkhorn, Nebraska. They have a daughter who is married to a fellow financial advisor and a son who is attending college and working part time in the industry as well. The entire family enjoys traveling the world together and numerous activities such as bareboat sailing, scuba diving, motorcycling, tennis and skiing.

We've built a handy mobile app that allows you to ask us questions on-the-go and to receive helpful notifications from our office, plus it's 100% free.

Get Financial News & Updates Delivered to Your Inbox